Long ago, it wasn't asbestos the island's inhabitants needed to fear...
Yet, beyond the warning signs, seal pups and penguins wandered as far back as the buildings themselves, ignorant of the chemical dangers. What still lay inside was left to the imagination. With time, the industrial ruins would crumble and fade, but the destruction they represented ought to serve as a stark reminder to future generations. It was only 13 years after Captain James Cook's discovery of South Georgia that the first sealers set foot on its shores. Between 1788 and 1825, American and British sealers slaughtered roughly 1.2 million Antarctic fur seals for their pelts.
By some estimates, fewer than 100 Antarctic fur seals remained on the island in 1916.
Given such devastation perhaps it is wishful thinking to assume history would not repeat itself; yet as the sealers fizzled away, the whalers were just getting warmed up. The first whaling station, known as Grytviken, was erected in South Georgia in 1904 by Carl Anton Larsen — a Norwegian explorer-turned-whaling tycoon. The name Larsen may sound familiar, as he is known for discovering the Larsen Ice Shelf, which forms a major portion of the Antarctic Peninsula. Sadly, Larsen's endeavor, the production of whale oil, led to the construction of five other independent whaling stations on this otherwise uninhabited and remote wilderness. 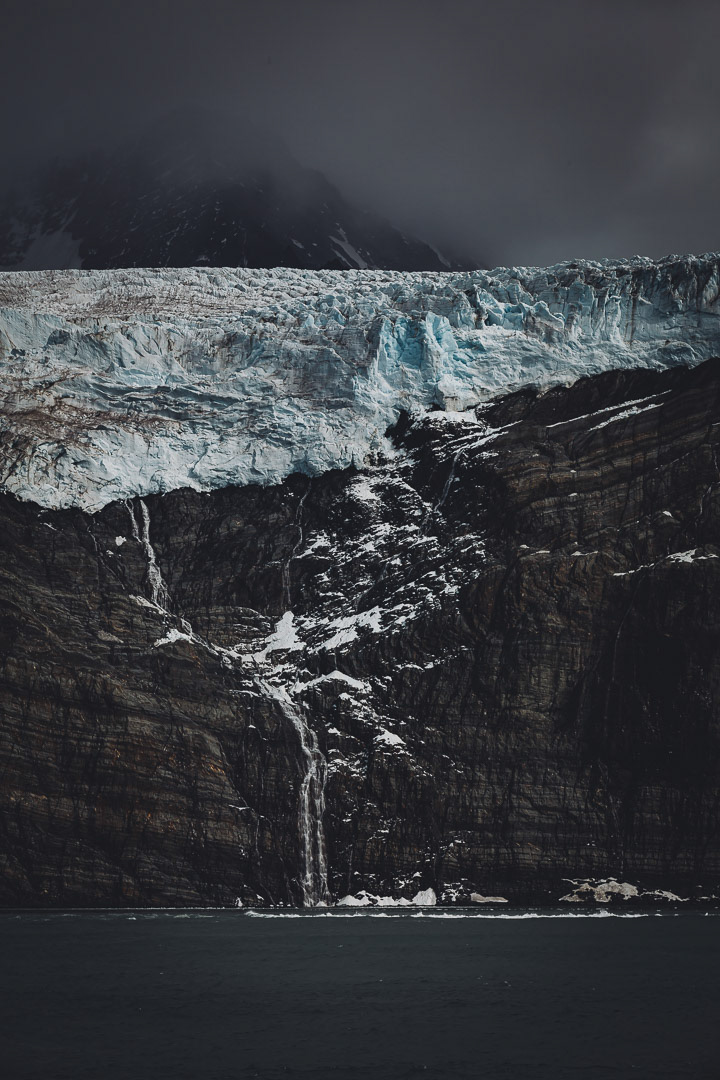 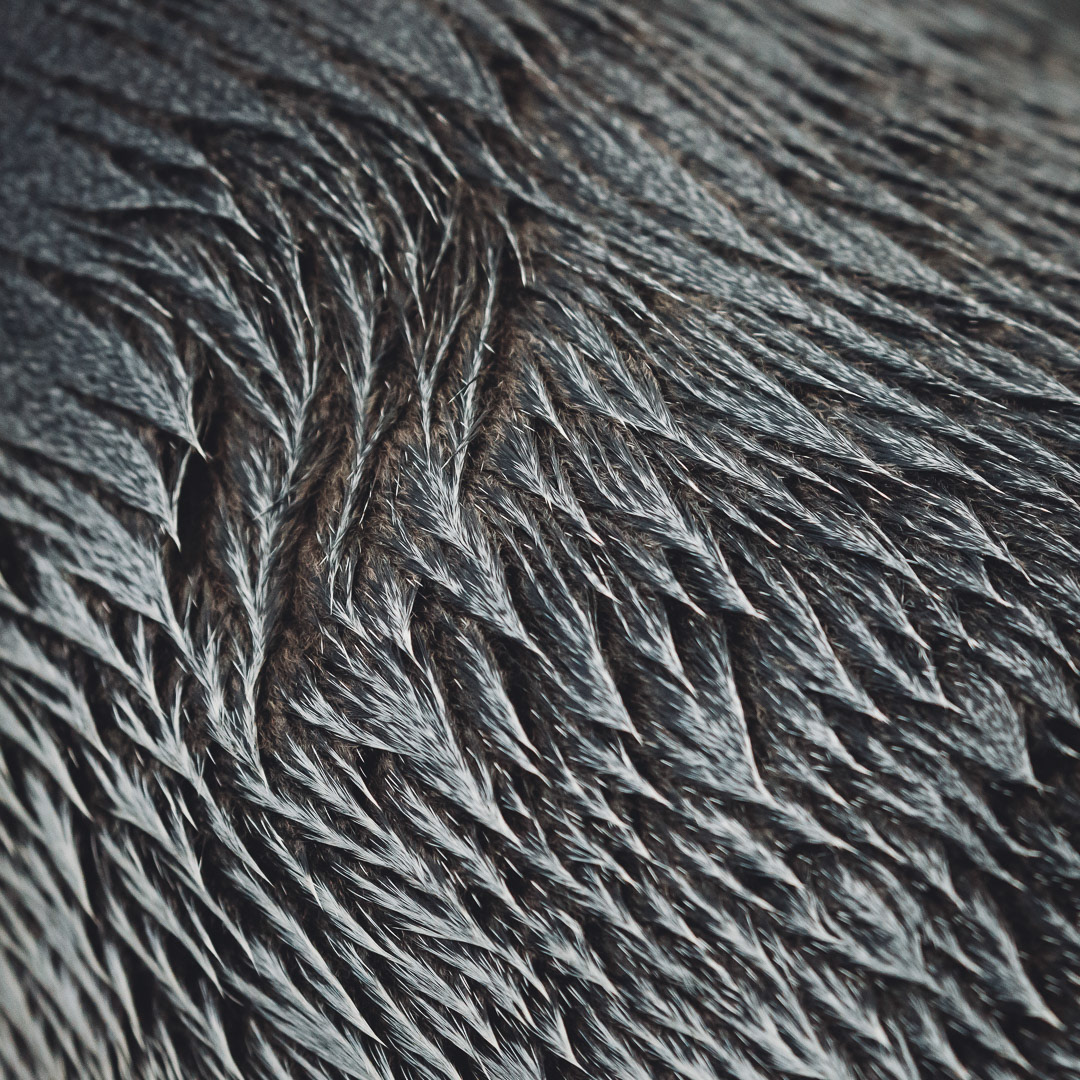 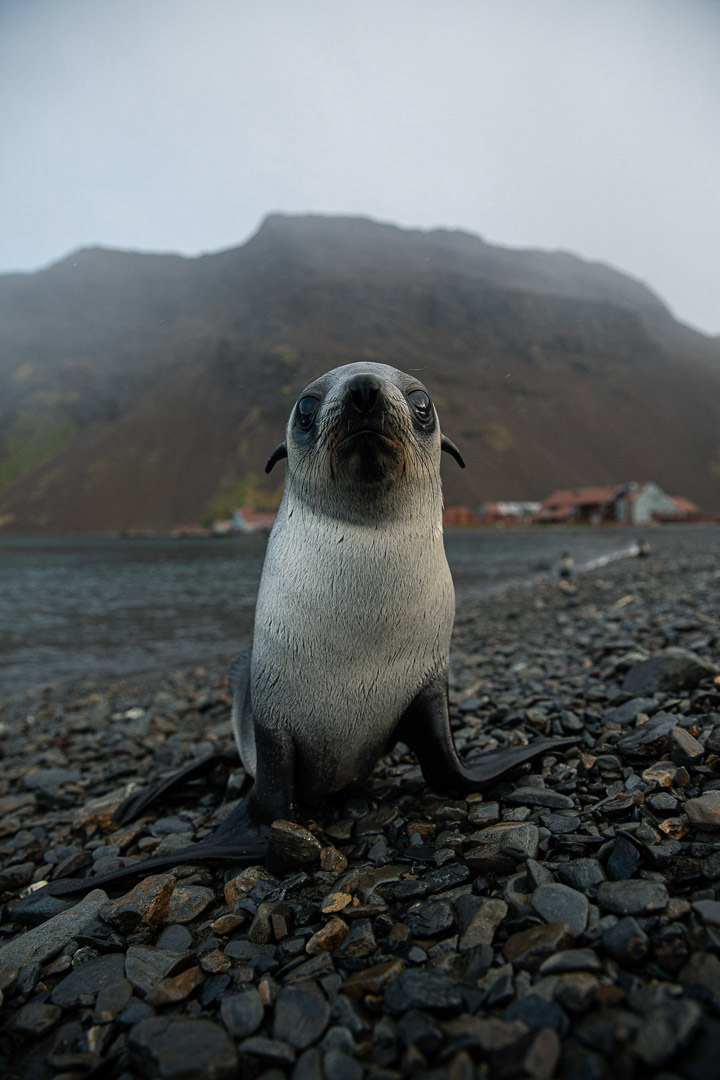 Thus, the seed Larsen planted ultimately led to the demise of 175,250 whales over six decades in the waters surrounding South Georgia. And not long after Grytviken was erected, Antarctica began producing 70 percent of the world's whale oil. Larsen went on to be known as the founder of the Antarctic whaling industry, and rightfully so.
While the governor of the neighboring Falkland Islands and the manager of South Georgia enacted laws to protect females with calves, requiring whalers to secure licensing, the advent of the factory ship allowed for whalers to create their very own whaling stations on the high seas. With whalers just beyond South Georgia's jurisdiction, and more whales to choose from, production accelerated.
Greed unchecked, the supply of whale oil began to exceed demand, causing prices to fall and the industry to collapse. The remaining whalers turned to elephant seals for their oil. Thankfully, by this point, previous exploits around the island finally led to fixed quota restrictions and mandatory licensing — probably saving the species. 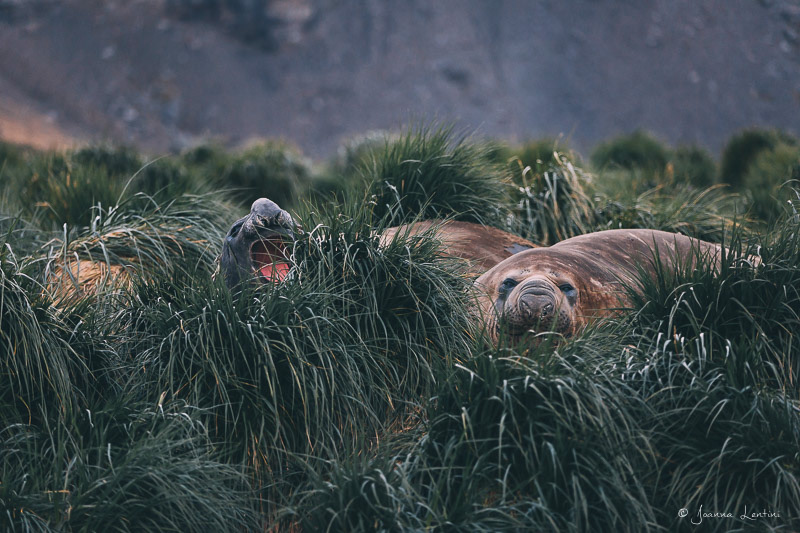 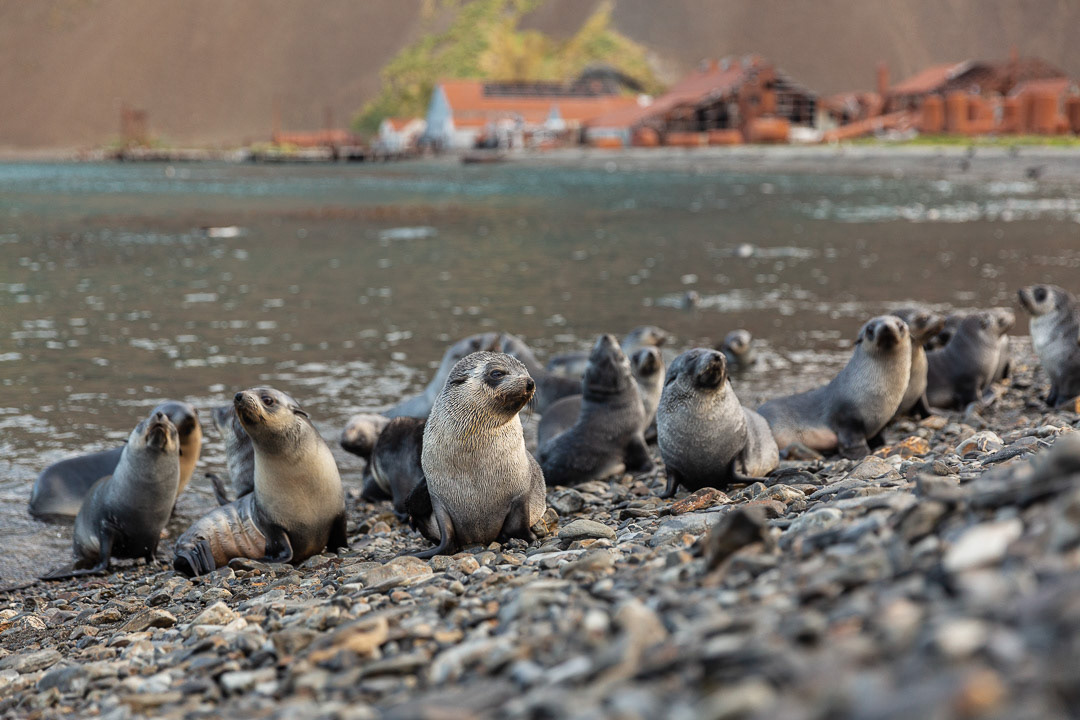 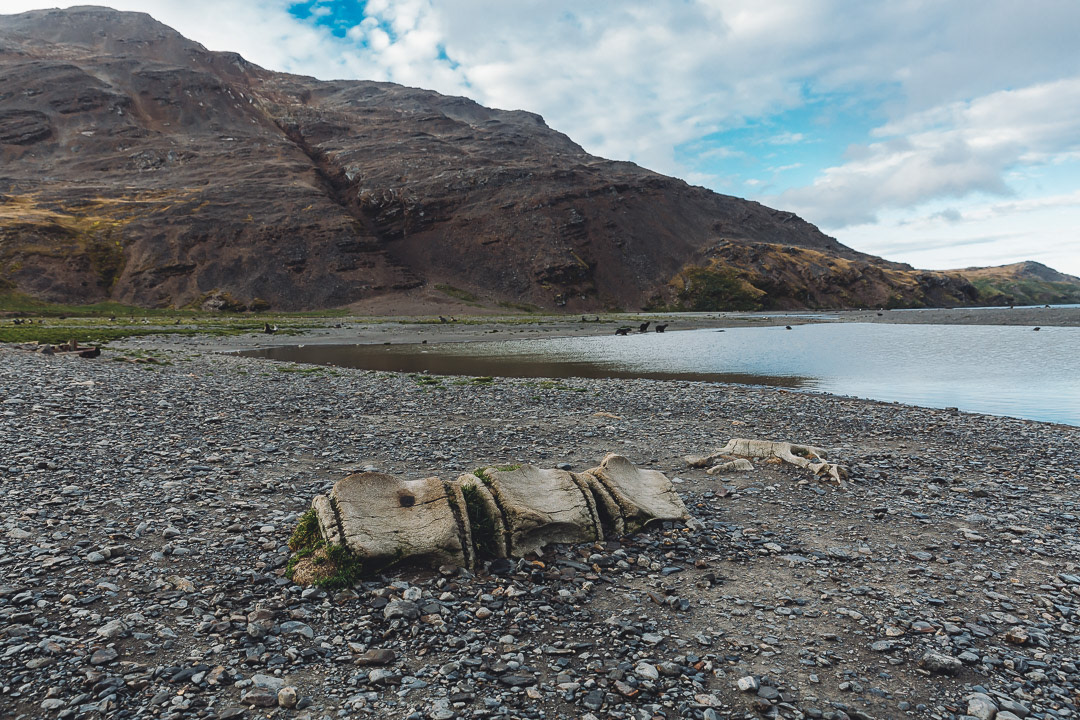 As I walked through Grytviken — the only one of six retired whaling stations that is accessible — I knew that Antarctic fur seals now greatly outnumbered the visitors, researchers, and seasonal administrative staff. Amongst the vats and machinery relics, docile pups snoozed on the rubble. When considered in context, the bizarre juxtaposition of environmental warfare, the survivor's descendants, and a serene mountainous backdrop was almost too much for the senses.
Kneeling down beside one of the vats bearing the engraving 'Blubber Cookery,' I admired the fur seals scattered about — completely tranquil and oblivious to the haunting irony of the detritus around them.In the distance ahead, a chalky, white Norwegian church could be seen, and behind me the cemetery where Sir Ernest Shackleton is buried. It is rare for a person to reach this remote corner of the world without having heard the tale of Sir Ernest Shackleton and the crew of the Endurance.
For some, crossing the treacherous terrain of South Georgia, as Shackleton and six others did in 1916, to save themselves and 20 crew mates stranded on Elephant Island, is considered a sort of pilgrimage. In fact, over the weeks prior we had retraced Shackleton's footsteps — from the tip of the Antarctic Peninsula to the craggy speck of land known as Elephant Island, and finally some 1200km north-east to South Georgia.
He died here of a heart attack years later, long after their successful rescue, on a final expedition that has become known as the last chapter in the Heroic Age of Antarctic Exploration. ​​​​​​​

Back on the shores of Stromness Harbour, my new pinniped friend settled down on the gravel beside me, and I drifted off in thought. I conjured images of what these sub-Antarctic beaches must have looked like when Shackleton and his men arrived. Surely, at the beginning of the 20th century, an Antarctic fur seal must have been quite a rarity. I pondered the innate need some of us have, including myself, to explore new places - and the environmental exploitation that seems to follow such pursuits.
While the era of men who discover new worlds by ship has long since passed, many of our modern-day explorers use spacecraft and submersibles to reach undiscovered country. And for those of us who aren't astronauts or aquanauts, we simply follow in the footsteps of the great explorers that came before us. While we aren't claiming new lands for kings, we are answering a calling within us to explore. 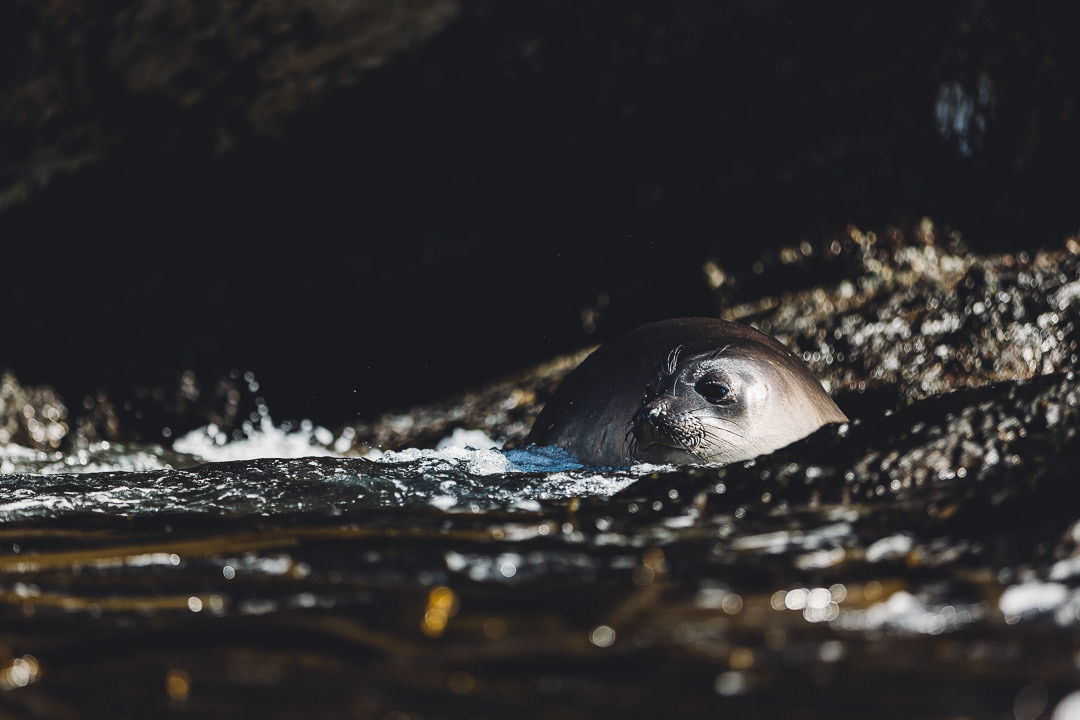 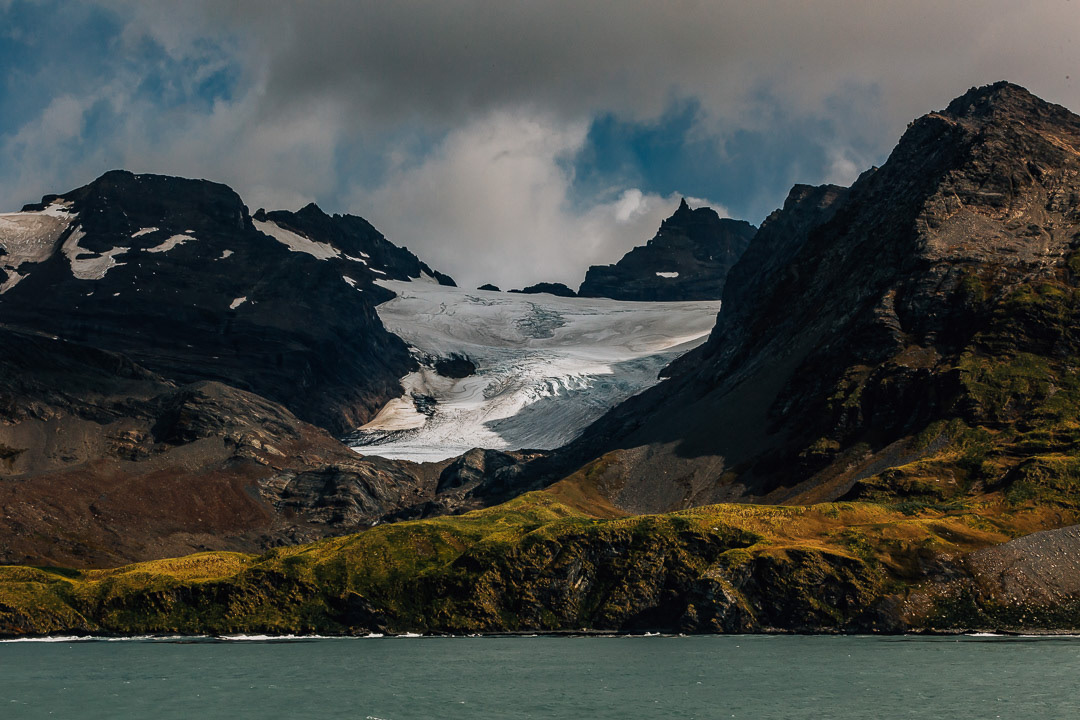 In some ways we are exploring ourselves — our limits, fears, and curiosities. We are fortunate to have the opportunity to do so, as traveling to the ends of the earth was once limited to a specialized minority. As I watched the animals scattered along the shoreline, a pang of guilt set in. I realized the hypocrisy in judging those that came before me. I might not have been wielding a club or a harpoon, but I travelled thousands of miles by air and sea to South Georgia.
The impact of carbon emissions are not as obviously destructive as the exploits of whalers or sealers, but such voyages are quietly exploitative nonetheless. A changing climate has been creating a new storm for the wildlife of South Georgia. Glaciers around the island are currently retreating at a rate of one meter per day, and the acidity in the Southern Ocean has been rising faster than anywhere else on Earth. The effect this will have on the food supply for the Antarctic seals and all the other wildlife in the region is unfathomable.
Despite their tragic past, the fur seals around South Georgia have made a promising recovery. On the brink of extinction, the pinnipeds went to work rebuilding their community, and today the island boasts four million, boasting the largest marine mammal aggregation on the planet. For now, on the surface, things seem OK. Unfortunately, the challenges they once faced have simply been replaced with new ones — also caused by humanity, but infinitely more complex.
- J.L. 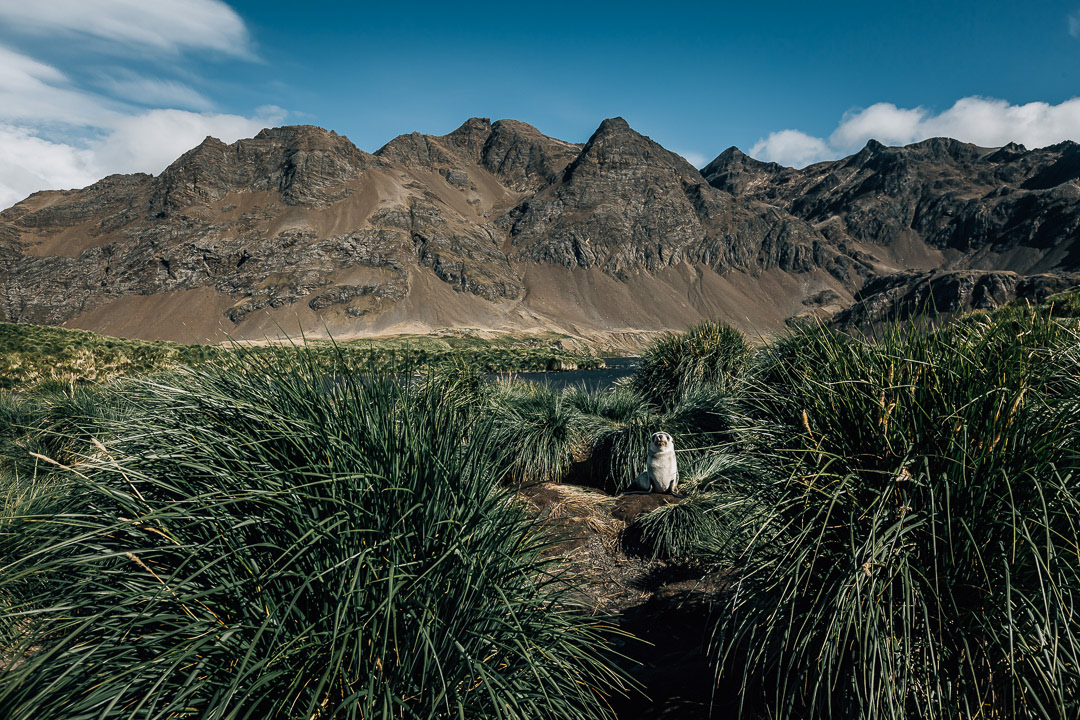